Reality TV seems to leave no stone unturned these days, and some of the best-known programmes do little to give an accurate picture of the people, places or things they claim to focus on. Take Geordie Shore, for example – a reality TV show based in Newcastle.

Watching it, you’d think that the only places to go for a night out in the city were cheap, boozy dens full of leary clientele. Happily, though, that’s not the case. In actual fact, Newcastle’s got some of the most interesting and classy venues around, from chic bars and arthouse clubs to cracking comedy cafes and sophisticated theatres. 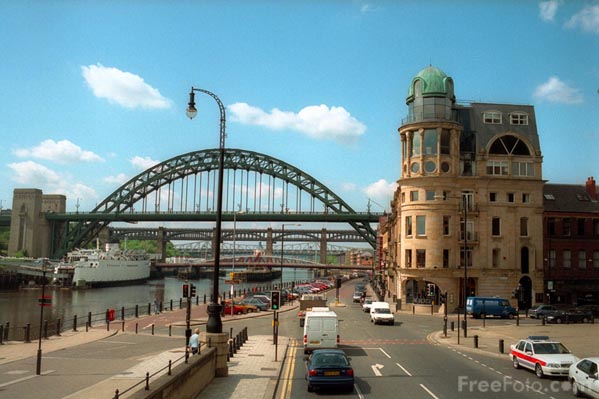 So, today we’re going to take a look at some of the best places to go if you want a night out in Newcastle with a difference. And if you’re visiting from another part of the country, you can find places to stay for the night (or a few days – there are plenty of great galleries, museums and historical sites to keep you occupied during the day) at Newcastle Gateshead.

The lovely Popolo can be found on Pilgrim Street in central Newcastle, where it opens at 11:00 each day. Boasting bags of character, this venue is probably best described as a cross between an Italian coffee shop and New York bar.

What’s great about it is that it’s got something for everyone (obviously since it’s open throughout the day, it’s also a good place to grab a quick coffee when you’re out shopping). You can book a table and have an intimate meal, or head here a little later on in the evening for some seriously good drinks and a really lively ambience.

Over on St Nicholas Street is The Cut, one of the city’s most unusual nightclubs. Opening from 23:00 to 03:00 seven days a week, this club was formed from derelict office space – and it gets its name from the fact that half of this original interior is still visible.

You see, the venue’s kind of cut in half, with the upper section having been left much as it was found and the lower part transformed into a space that’s had a great makeover. Plus, not only does this place pump out some top music (it offers different club nights most days of the week), but it also showcases artwork. It’s not every nightclub you go to that acts as a gallery as well!

Of course, going out for drinks isn’t the only way to have an amazing night on the town – especially in Newcastle, where there are loads of great comedy clubs and theatres. One of our favourites is the Hyena Comedy Cafe, which offers a tempting mix of colourful comedy and good food on Thursdays, Fridays and Saturdays.

The line-up typically features three comedians and the doors open at 19:00. Dinner is hearty and delicious, with the small but enticing menu including smoked salmon and French bean risotto and sirloin steak, as well as puddings like chocolate fudge cake and Eton mess.

If you love the theatre, you absolutely must make time to visit the Theatre Royal. You’ll find it at 100 Grey Street, and as soon as you see it you’ll be blown away; housed in a spectacular Grade I listed building (one of only nine theatres in the country that is), this venue is worth going to for the architecture alone.

That said, since it’s the regional home of the Royal Shakespeare Company, as well as the National Theatre, Opera North and Rambert Dance Company, you can pretty much guarantee that you’ll see something incredible inside too. Everything from dance and drama to comedy and music is staged here, so you can also look forward to picking from a really varied programme.